Check out the results of the field test by Bilenky Cycle Works in Philadelphia:

The Revolution is in the "Geared Up" column in the February 2014 issue of Adventure Cyclist!  Check it out here:

New review from Tour In Tune

Check out the review of the Revolution from Tour In Tune! 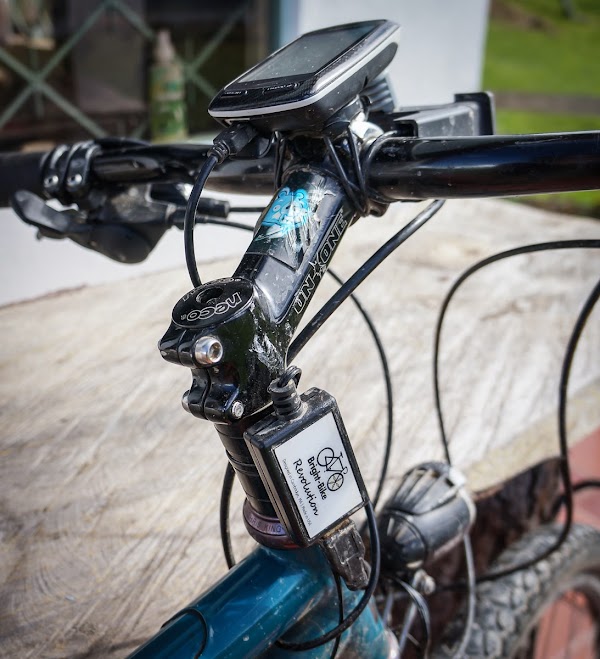 We are excited to offer the PV-8 dynamo hub from Shutter Precision (SP).  The PV-8 is a 6V/3W dynamo and is an excellent way to generate power on your bicycle.  It works great with the Revolution and is also a perfect way to power a dynamo headlight during these dark commuting days!

We currently have the hub in silver and black with 32 holes.  Different drillings can be had, just let us know!

We're also offering a discount - buy a Revolution and hub together and save $20!  The option to buy both together is on the hub product page. We've got a new name!  It's been in the works for a few weeks, but we've finally made the switch from Bright-Bike to Sinewave Cycles.  Same great team, product, and support - nothing has changed except the name. Yesterday I did a ride that's been on the bucket list for a few years - the Kancamagus Highway in New Hampshire.  I drove up to Conway, NH, and started from the ranger station at the eastern end of the highway.  I rode up and over the pass, and down to North Woodstock, the western end of the road.  Ate lunch in North Woodstock, then up and over the pass again, and back into Conway.

I'd simply been hoping to do the ride for the sake of the biking itself - all the better that it was 70 degrees and the leaves were at their peak! I recently finished a solo tour from Calgary, AB to Vancouver, BC.  What a beautiful part of the world!

For anyone interested in the route - I took the Trans-Canada Highway through Banff and Lake Louise.  I turned south at Sicamous and followed the Okanagan Valley down to Penticton.  From there I took the Crowsnest Highway west to Vancouver.  There are several different possible routes, and I would happily ride Calgary to Vancouver another 2 or 3 times, taking a different way each time.

For anyone interested in the performance of the Revolution - I mostly rode with the Revolution plugged in to an external battery, keeping my phone easily available for maps or photos (I took over 400 in 10 days!).  At night I plugged the phone into the battery in my tent, and in the morning the phone was fully charged.  After an hour or two on the bike, the external battery was also back to 100%. I spent last week riding around western Michigan - from Grand Rapids, up the Lake Michigan shore to Traverse City, along the coast to Charlevoix then on an inland route back to Traverse City.  The lake is beautiful, the towns are fun, and the terrain is surprisingly hilly and challenging! Good news!  We are offering a 10% discount for riders in either RAGBRAI or the Pan-Mass Challenge.  Please use discount code RAGBRAI13 or PANMASS13.

Participating in a different event this summer?  Email us and we may add a discount for your ride!  Follow us on Facebook or Twitter to stay on top of future news and deals!